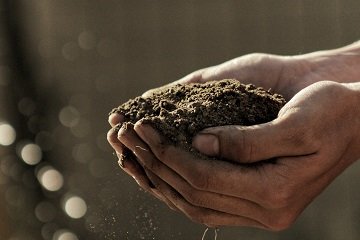 Earthworms are an important part of a healthy soil ecosystem. They have a positive effect on the fertility and structure of the soil. The earthworms digest organic matter in soil and produce excrement rich in mineral particles, decomposed organic matter, and beneficial microorganisms. In addition, they produce tunnels that aerate the soil and act as channels to drain excess rainwater.  Farming of earthworms (or vermiculture) is a popular composting method. The solid excrement of the worms (castings or humus) is a nutrient-rich organic material that can be used directly as a soil for planting or spread around the plants as a fertilizer. Liquid fertilizers (worm teas) can be made by mixing some humus with water and aerating it to activate and reproduce beneficial bacteria. This solution can then be sprayed onto the leaves of plants as a foliar fertilizer, which can also have anti-fungal and anti-bacterial effects, depending on the active microorganisms.

In early 2020 we constructed our first full-scale experimental earthworm bed (1 m x 0.6 m x 12 m). We bought 100 kg of Californian Red worms that were delivered with a truckload of humus to fill the bed. The worm bed was constructed with a slope toward one end to provide good drainage. As the worms require a very moist environment, the bed is watered every day using a dripper system mounted on the roof of the bed. The excess liquid (leachate) drains through a hole at the base of the bed into a barrel. The leachate contains high amounts of phytotoxins and pathogens and cannot be directly used on plants. Hence, it is recycled through the worm bed several times before being used. The worms are fed once or twice a week with manure, vegetable scraps, and sawdust. The humus is harvested using mesh trays to separate the humus from the worms. The upper tray is suspended over the worm bed on chains and is shaken so that the humus falls through the mesh and  is collected in a lower tray. The worms stay in the upper tray and are returned to the worm bed.

We are currently experimenting with various processes for preparing nutrient solutions and foliar sprays from the leachate. We are investigating the effects of the concentration, aeration time, addition of microorganisms, and dilution ratios on the growth of plants systematically sprayed with these solutions. We are using moringa plants for this initial test as they grow quickly and the solutions will later be used in our moringa plantation, as well as in our food forest. 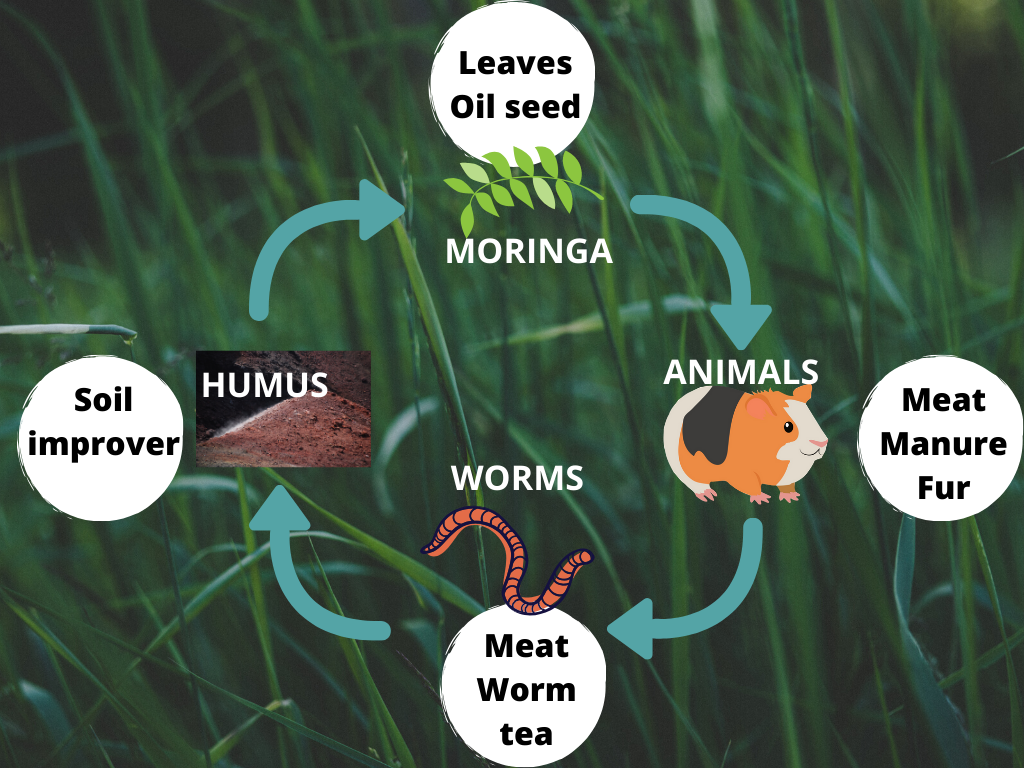 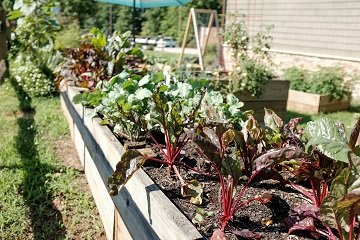