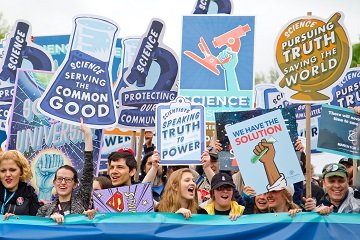 The difference between hypothesis and theory, and why it matters

We live in an increasingly technological society, where our lives literally depend on the technological systems upon which our society is built. Every aspect of our daily lives, from delivery of our basic needs (food, clean water, electricity, housing), to transport, communication, health, education, and entertainment is dependent on technology and the science that underpins it. Despite being so completely dependent on technology, the contributions of science to society are often taken for granted, while the rare failures are intensely criticized. In addition, there is a disturbing trend of science illiteracy among the general population. In an extreme form, ignorance is romanticized and faith is revered. A common example is this misinterpretation and misuse of “theory” and “hypothesis” when discussing scientific findings. The confusion arises as the non-scientific use of the word “theory” implies that something is unproven and based on speculation or faith. However, in a scientific context, the term “theory” has a very specific meaning and refers to a body of work that is based on the scientific method (observation, experimentation, and reproduction of the results). Based on the best knowledge of science at the time, a theory is considered fact, until disproved. Many previous scientific theories have since been disproved. In fact, there is an entire Wikipedia page devoted to these now debunked topics. However, this should not be seen as a reason to assume current theories are false, but weighs in the favour of science as a self-updating methodology. When scientists talk about the “theory of evolution” or the “theory of relativity,” they are referring to ideas generally accepted by the majority of scientists, and backed by a substantial body of evidence. In contrast, a hypothesis is a proposed explanation that is still being tested and requires further research to develop a sufficient body of evidence to confirm or reject it. For example, the “big bang theory” is actually a hypothesis as it has not yet been sufficiently proven.

In many ways, the rise of “popular science” has promoted scientific thinking to the general public and resulted in greater interest in technology and its relationship with society. On the other hand, it has led to poor interpretations of science becoming mainstream. In the ocean of information that is the internet, it is possible to find a scientific article or scientist that supports nearly any conspiracy hypothesis. A core concept of the scientific method is that a result needs to be reproducible. Therefore, some few isolated studies that conclude that climate change is not the result of human activity need to be considered among the thousands of other studies that conclude the opposite. It is unfortunately not enough to trust scientific literature. Not all science is good science, and not all scientific journals have a rigorous peer-review process. Like any source of information, the strength of a scientific argument needs to be evaluated. Scientific research needs to operate within the monetary system, which creates selection bias and conflicts of interest, along with the motivation for developing products instead of knowledge. In addition to science literacy, the science must be read with a good dose of critical thinking.

Scientific ideas are often presented to the general public with a click-bait approach that often exaggerates or simplifies conclusions to the point of being wrong, or at least dismissing the uncertainty that always accompanies good science. Many science concepts are very complex, and difficult even for experts to wrap their heads around. There is a tendency for individuals to dismiss complex ideas as incorrect, when they are incapable of understanding them. Very few people doubt the existence of gravity, because its effects are very obvious to us in everyday life, even though gravitational waves were only recently detected for the first time. Extremely slow processes, such as evolution and climate change, or concepts that don’t fit within our three-dimensional perception of the world, are very difficult to visualize and it is easier to believe they are not occurring.

A common misuse of scientific data is generating dubious relationships between unrelated factors (i.e., confusion between correlation and causation). Some of these correlations can have hilarious results! But on the down side, this type of thinking is often the basis for justifying conspiracy theories. Conspiracy thinking is often centred around co-occurring events, where the event, e.g., the death of a journalist, is connected with other similar events. Our predisposition to this kind of thinking allows the media to manipulate our perception of current events by highlighting similar isolated events. These events may not represent a deviation from the normal situation, or be related in any way. The roll out of 5G coinciding with the COVID-19 pandemic is another example of an absurd correlation that would be easily rejected if the population had a basic understanding of viruses and electromagnetism. In addition, there are profitable industries taking advantage of the general poor understanding of human health and nutrition (to sell diets, supplements, and anything labelled “natural”).

Science literacy is critical as it gives us a framework for understanding environmental and social problems, and making informed decisions that will affect the entire biosphere. The science illiteracy of politicians is particularly worrying as we face the global challenges of climate change. Science literacy is especially important when making decisions about technologies with strong ethical implications. The use of CRISPR for modifying human genes holds huge potential for curing genetic diseases, but should we use it to modify the human genome, which is an irreversible change to the human species? It is concerning that policy makers who don’t “believe” in climate change or object to abortion due to their religious beliefs do not need to provide evidence for their opinions and have the power to make decisions that affect the broader society. These people make decisions about environmental regulations, automobile safety, emissions control, legalization of drugs and medical procedures, the safety of genetically-modified foods, and decide what scientific institutes get funding.

As noted by the Society of Environmental Toxicology and Chemistry’s primer:

“It is imperative that policy-makers, the media, and the general public are able to distinguish the facts from mere interpretations of a biased constituency. Decision-makers and those who inform them must be able to judge the quality of the science and reasoning that supports a position and must know whether a set of scientific findings is really meaningful to a decision.”

Scientists are flawed humans, like every other, and can have their judgement clouded by ego, money, and power. However, there is a beauty in the scientific method, which has the humbleness to admit that something we believed was correct for centuries, is in fact not serving humanity anymore. When done right, the scientific method can protect us from bias and show what is “true” (to the best of our collective knowledge). The strive to be up-to-date and relevant in the modern world is a strength of science. Scientists themselves have a responsibility to broaden their focus from the niche area of their research and help effectively communicate their work to the general public. It is often just as hard for a scientist to talk about their topic in common language, as it is for the general public to understand the scientific jargon and literature. It is in all of our interests to bridge this gap. This being said, we are all products of our environment and have been educated and developed our world view within the monetary system, which benefits from and is perpetuated by an ignorant and divided population. For this reason, technocratic social structures such as a resource-based economy have been proposed to eliminate the profit motive and increase the role of science in decision making. 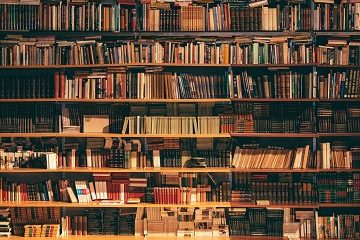 Recommended books This list includes some of the books that we have found informative, inspirational and mind-opening (in no particular order). Many of these books are free to download (provided free by the authors, protected Read more… 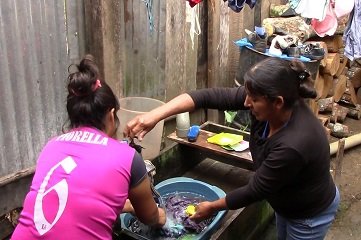 Laundry/outreach centre We are nearing completion of the vortex hydroelectric plant that will supply the Kadagaya community with over 5 kW of clean, reliable energy. This energy will enable many other projects and we are Read more… 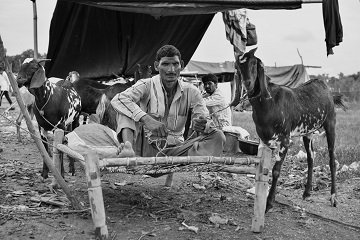 Recommended documentaries An important part of our self-education has come from watching documentaries. A huge variety of documentaries discussing critical and fascinating issues such as science and technology, religion, society, the monetary system, holistic education, Read more…